Who’ll Get Their Hands On The Cup?

As usual i’ve been spending time at Sound Gallery Studios in Exeter working on various songs and projects and the latest to grace the digital marketplace is a song written for the upcoming F.A. Cup Final.

You can lend it your ears via this Bandcamp link -> Yup this one or if you prefer SoundCloud then this one (yup that one back there).

I wrote the song (or at least the jist of it) at half-time during last years final between Arsenal and Hull City and since then i’ve often thought of recording it but other songs always took precedence and it was only finally recorded on the 12th of May. It’s a nice upbeat track with Bass, Harmonica and Drums driving it along with a lyric that hopefully gets across the occasion of the event itself, it probably won’t sell quite as much as Three Lions did between ’96 and ’98 but if it’s get a few listens and does the job of adding to some pre-match excitement then i’m happy! 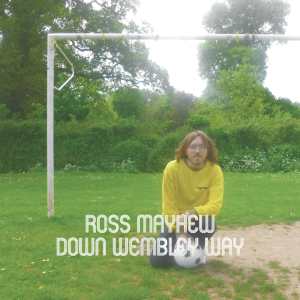 The artwork was taken at Bakers Part, Newton Abbot, i pondered asking the F.A. if i could sneak into Wembley Stadium for a photo or two but decided against it, although if they want to fund a video i’m willing to listen. Naturally i’m wearing a Torquay United shirt to show my support for my team and while the chances are slim that they’ll win the F.A. Cup i did have the pleasure of seeing them lift the Conference Play-off Final Trophy a few years back under arch, ah the memories!

Anyway i hope you enjoy the song 🙂 I’ve no real preference on who wins this years final, both teams play good football so 3-3 at Full Time and 5-5 after Extra Time with the winner decided on penalties will do me!