Another day, another album. On the 17th of April i spent 5 hours in Sound Gallery Studios where firstly i finished off the mixing to my next album which is due out in a few weeks but once the mixing was done what was i to do? The obvious answer is record 22 well-known children’s folk songs and nursery rhymes (18 made the album). 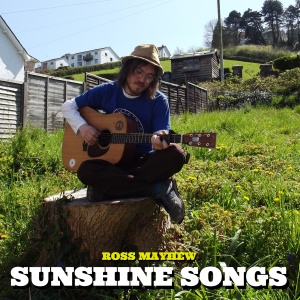 I had planned for this album, well to a point, i had selected 10 songs that i’d like to record if time allowed but in the end i recorded 22, ok some are barely 30 seconds long but that’s due to my not researching the verses often left out, or forgotten. But so many of these melodies are loved it was nice to finally record this album, over the years i’ve heard many folk artists cover some of these classics and it’s nice to do my bit in keeping them alive.

The album starts with You Are My Sunshine, i decided not to include the verses and keep it light and upbeat by singing the chorus a few times and playing the harmonica too, using the harmonica sure helps add to these relatively short songs. That was one of the planned tracks as were, Skip To My Lou, Five Green And Speckled Frogs (which i’ve performed live), This Old Man, The Gingerbread Man, Five Little Ducks, Froggie Went A-Courtin’, He’s Got The Whole World In His Hands, Hush Little Baby and Twinkle Twinkle Little Star, all the rest were looked up on the day.

I will share news about my next album featuring my own songs in the near future so do keep a look out for news but until then i hope you will enjoy these songs. You can find the album on Bandcamp, naturally it is available FREE of charge, my Easter gift to you.

I hope you’re enjoying your Easter Holidays so far!
Peace out!

Vegan Singer/Songwriter
View all posts by Ross Mayhew :: Vegan Musician →
This entry was posted in Song Tales. Bookmark the permalink.